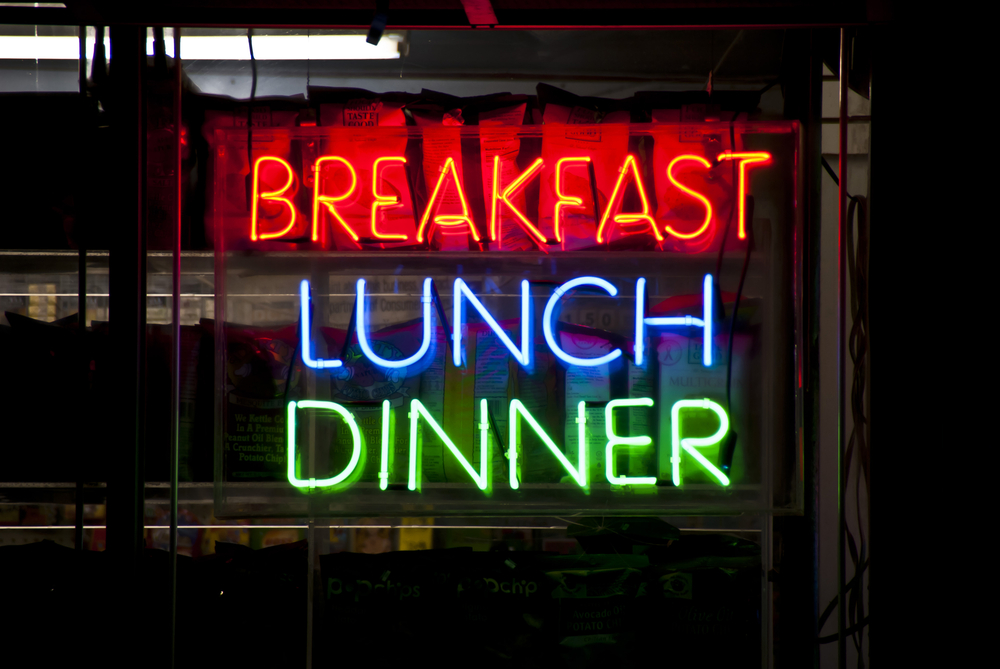 Ok some people may argue against this but in general when people discuss weight with me in clinic, we really do need to reassess how people are eating.  I sometimes find people may wake up in the morning and do their normal morning routine. Which could include an hour in the gym or taking a dog for a walk or kids to school. So, the first item of food to pass their lips may be hours after they have woken up.

Blood sugars can be at an all time low and well this can lead to bad decisions. So my Tip number two is:

So how you may ask does cortisol have anything to do with this? Also what do you mean about survival mode? Fluctuations in blood sugars i.e leaving too long between meals may trigger survival mode your bodies cunning way of protecting itself from any potential danger. It may also trigger your fight or flight response.

Millions of years ago, our bodies were designed to react quickly to danger, just like wild animals, on constant alert to fight or run if threatened – called the flight or flight response.

When your brain thinks your life is under threat, it releases a substance called corticotrophin releasing hormone (CRH) which immediately stimulates the adrenal glands to release the hormones adrenaline and cortisol. At this point a number of physical changes take place in your body. This is the fight or flight bit –

Adrenaline levels come down fairly quickly and cortisol more slowly. The problem is evolution is lagging a little behind modern-day life. These days, many of us live under chronic stress but this stress comes from deadlines, traffic jams or children having tantrums, rather than spear wielding attackers or sabre-tooth tigers. The body can’t distinguish between late trains, missed appointments, spiralling debt, family disputes, leaving too long between refuelling your body and the truly life-threatening stress. So it reacts in exactly the same way as it always has – fight or flight.

So the bottom line is that people who suffer constant stress, will have constant high Cortisol levels. Cortisol makes your body think it needs refuelling after all this fighting and flighting so it increases your appetite. This is fine if you have been fighting or running for your life since your body clears the stock, if however you are chained to a desk or watching Netflix, constant refuelling is hardly appropriate. The extra fat will be deposited around your middle. It targets the middle because it’s close to the liver, where it can most quickly be converted back into energy if needed. It provides you with a cunning form of protection, ready for the next stress attack.

So people under constant stress quite often feel hungry all the time. Worse still, their body urges them to stock up on foods it thinks will be most useful for this activity namely carbohydrates and fats.

Stay safe and remember to consult a health professional before making any changes to the way you eat.