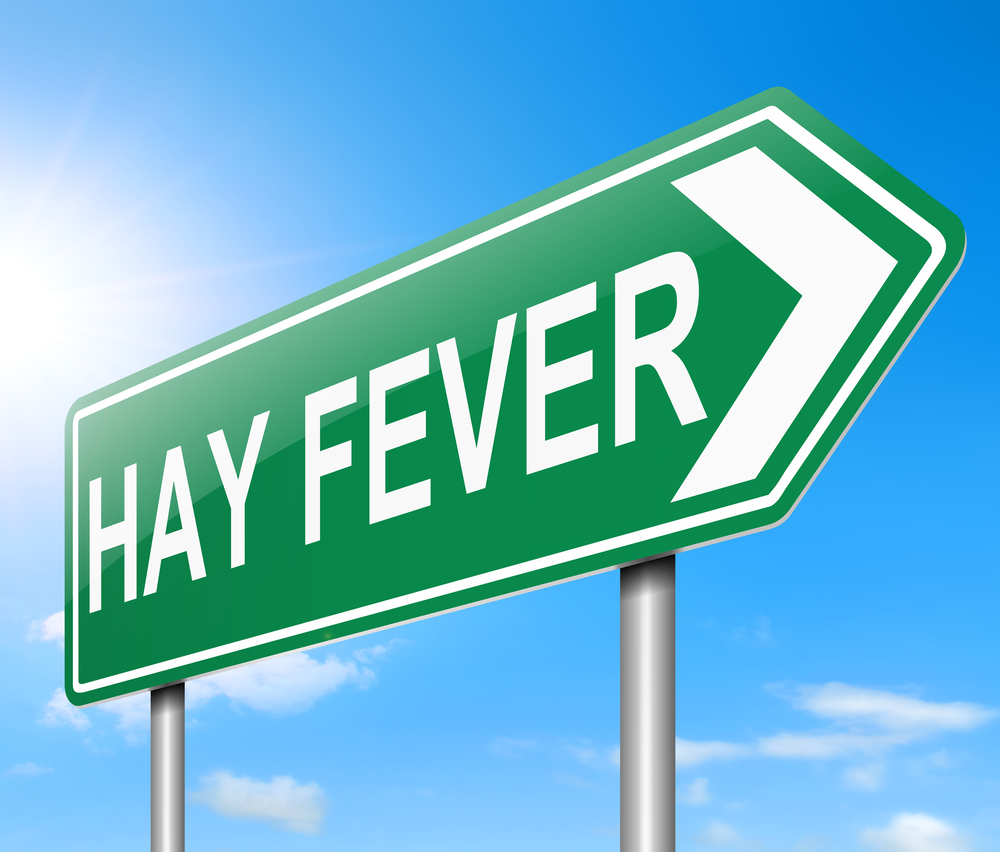 So before I discuss the above let’s start with a overview of this condition and a  few statistics:

The arrival of spring brings longer days, warmer weather and blossoming trees. But for the 10 million hay fever sufferers in the UK, spring means suffering. Allergic rhinitis results from an inflammatory immune response triggered by inhaled pollen, dust mites, or animal dander. Pollen is a major cause of allergic rhinitis, and pollen allergy is more commonly known as seasonal allergies or hay fever. Symptoms of seasonal allergies occur shortly after inhaling pollen that the sufferer is allergic to and can include an itchy nose, mouth, eyes, throat, skin, problems with being able to smell, a runny nose, sneezing, and watery eyes.

According to Allergy Uk, the UK has some of the highest prevalence rates of allergic conditions in the world, with over 20% of the population affected by one or more allergic disorder. With allergic rhinitis (AR) being the most common form of non-infectious rhinitis, affecting between 10% and 30% of all adults and as many as 40% of children. The percentage of children diagnosed with allergic rhinitis has trebled over the last 30 years. The impact on quality of life is also recorded with up to 57% of adult patients and up to 88% of children with AR have sleep problems, including micro-arousals, leading to daytime fatigue and somnolence, and decreased cognitive functioning. Hay Fever accounts for around 2.5% of all GP visits, and costs more than £50 million a year in medical costs.

Hay fever can be treated very effectively with antihistamines, nasal steroid sprays, anti-allergy eye drops and other ‘add on’ medication available from your doctor. For people suffering with severe symptoms, immunotherapy may be offered if other treatments have not worked. Immunotherapy for hay fever can be given through an injection of allergen extract into the skin (usually in the upper arm), or it can be given orally (in the mouth, also known as sublingual) either in drops or tablet form placed under the tongue. Injections can only be carried out in specialist centres within hospitals by highly experienced staff, so that any side effects can be monitored and promptly treated.

Do probiotics improve quality of life in seasonal allergies?

Probiotics are living microorganisms which may provide health benefits when consumed in sufficient amounts. The most commonly used probiotics include bacteria like Bifidobacteria and Lactobacilli.

Probiotic bacteria have the potential to alter immune responses through a variety of mechanisms that could reduce allergic reactions to airborne allergens without the side effects of some current drugs. These potential mechanisms, include increasing regulatory T cells that damp down immune responses, and suppressing the production of IgE antibodies.

A recent meta-analysis of clinical trials reported that the majority of studies showed some improvement in seasonal allergies in response to probiotic treatment. However, contemporary evidence is still limited due to the wide variety of different probiotic bacteria used, the way probiotics are delivered (for example, in yogurt, capsules, or milk), the duration of the treatment, characteristics of the patients, and different outcomes measured by researchers.

In a study published in the Journal of the American College of Nutrition (2015), a probiotic containing three different strains of bacteria, given to adults, was shown to be beneficial in affecting the immune system. More specifically, the researchers observed an increase in the anti-inflammatory cytokine interleukin-10. This effect suggests that this combination of probiotics could benefit people suffering from seasonal allergies. In this study, the researchers set out to test whether this probiotic, containing Lactobacillus gasseri, Bifidobacterium bifidum, and Bifidobacterium longum, could improve quality of life for people suffering from seasonal allergies compared to a placebo.

What were the findings?

There was no difference in the levels of IgE antibodies in the blood samples between the probiotic group and the placebo group. However, the IgE levels in the blood increased over the six weeks of the trial in both groups. Regulatory T cells, which are anti-inflammatory cells of the immune system, increased during the study in all participants but there were no differences between the probiotic and placebo group. The lack of changes in regulatory T cells or in IgE antibodies indicate that these measures cannot provide an explanation for the improvements seen in this study. However, the proportion of regulatory T cells measured in the blood may not accurately reflect changes in specific body tissues, such as in the gut where the probiotics are acting.

So, what does this show?

Other factors should also be considered such as looking after your body all year round so it can support your body through the hay fever season. Experts agree that cutting down on foods which encourage mucous production such as wheat and dairy, whilst increasing consumption of foods with anti-inflammatory and anti-histamine properties (berries, for example, which are rich in vitamin C) may help to support symptoms. It’s also advisable to avoid sugar, as it can increase inflammation in the body and reduces the body’s ability to repair, instead, try to consume lots of fruits and vegetables, nuts and seeds, and spices such as turmeric and ginger, which may help to reduce inflammation.

In these unprecedented times it is essential that we do not make changes to how we eat or take supplements without the support of a health care professional. Thank you for reading and look after yourself and others.

‘Registered with the Association for Nutrition –